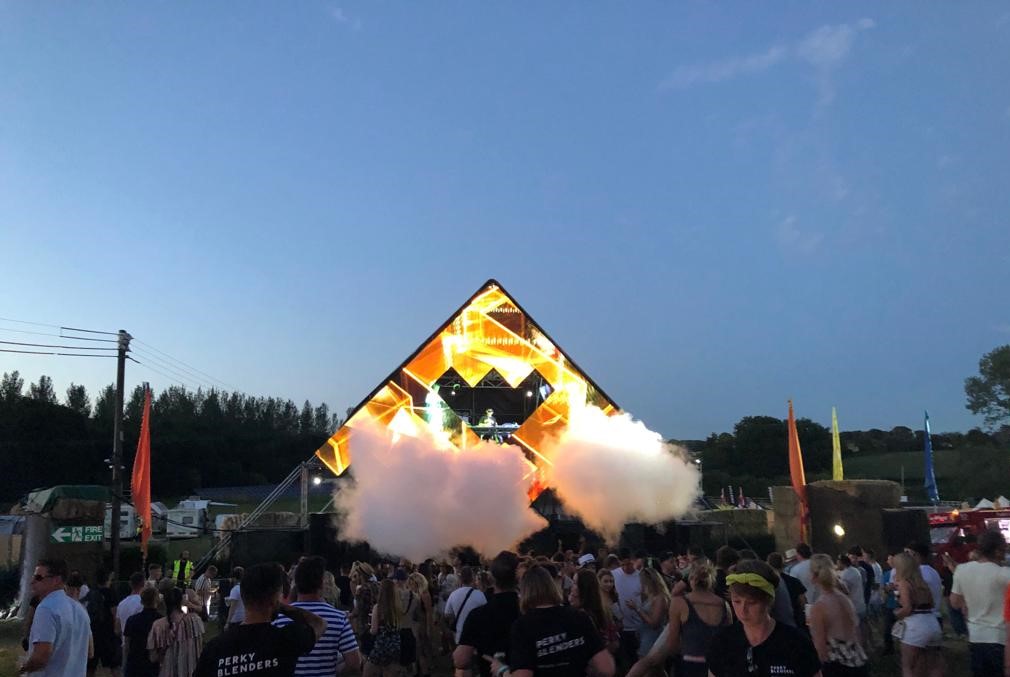 With festival season now in full swing, and millions flocking to see their favourite artists whilst pitched up in a confined tent, abandoning their usual hygiene habits and feeling cramped among the masses; we were kindly invited to try out a smaller, more different style of festival; Back of Beyond.

Having only started in 2018, and only this year extending the festival to two days rather than one, the festival has already successfully carved its space within the British festival scene after recently being nominated as “Festival of the Future”. Focusing on Dance, EDM, House and Techno, this festival is on track to rival the best.

The festival itself is based in the picturesque Hertfordshire countryside with views of the sprawling hills and towering trees  taking up a full 360°perspective. This is the perfect excuse to escape the big city. Getting to the festival couldn’t be an easier commute with trains from London running into lots of nearby stations into such as Hertford and Ware.

Unlike other smaller festivals who struggle to attract big name talent, Back of Beyond definitely did not have this problem. Renowned DJ Goldie graced the decks on Friday night and Radio One’s Dance Anthem king Danny Howard headlined on the Saturday night. Both performed a substantial 1.5 hour set and showed exactly how to get the crowd going. Aside from the two top names, lots of other recognisable artists graced the main stage including Sam Divine, Nightmares on Wax and Crazy P.

The main pyramid stage was only one of the stages though, with seven other stages dotted around the site including a UV stage, a “Hay Days” stage and even a secret stage within a truck. If you’re lucky enough to go VIP, then there is a separate stage also within this area. There was a lot going on across the site and you could be sure to always find music that you liked.

With ticket options varying from day passes to weekend passes you can take in as much of the action for however long you want. We’d recommend paying the extra and going VIP as you gain access to the VIP area which has not only its own stage, but also hammocks to relax in and quite possibly the best toilets we’ve ever seen at a festival.

Food-wise, the festival had 5-6 establishments that all serve top-quality food. From pizzas to Thai, burgers to crepes, you are spoilt for choice and can overindulge with the pricing being lower than the typical big festival.

Overall, if you’re looking for a smaller festival with top-name artists, picturesque surroundings and lots of different stages with quality DJ’s, then we highly recommend you checking out Back of Beyond for summer 2020.

This site uses Akismet to reduce spam. Learn how your comment data is processed.